The action moved to Vitipalu where it turned out the promise of less marsh came with quite the caveat: what replaced the marsh was even harder to orienteer in. 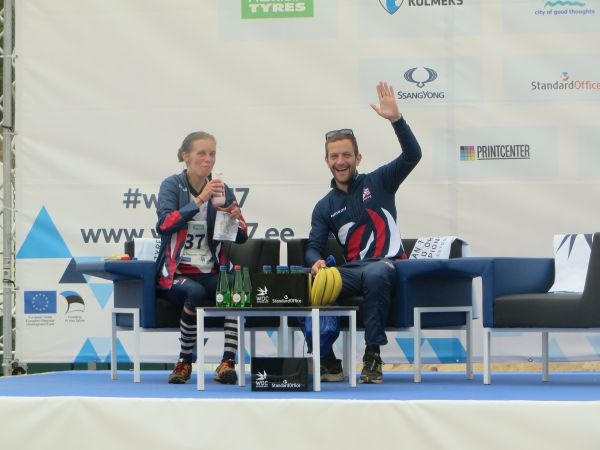 A middling day for GB's middlers; Jess had a great run to finish in 15th place, only the fifth women to achieve a top-15 placing in a WOC Middle distance (can you name the others? Answers on a postcard... or maybe an email or tweet), and she got to sit in the leader's chair for a while (pictured here deep in post-race analysis with the head coach).

Jo also had a good run (so good in fact Simon missed her completely on both the arena passage and the run-in as he wasn't expecting her) and finished 18th. Hollie struggled more, and couldn't quite make the top 30, placing 32nd.

Peter also had hopes of a top 30 finish that he couldn't quite achieve, though he had the best run of the Men and came 31st. Ralph was a few places behind him in 37th, and Will had a tough introduction to World Championships racing, making a few mistakes and finishing 57th.

Tove Alexandersson completed the double double in individual forest events as she retained her Middle distance title, having retained her Long distance title two days previous. This also meant she kept on track to win the forest triple, which would make her only the third person in WOC history to achieve such a feat.

And the big one - Thierry Gueorgiou won his 8th (yes, 8th) Middle distance Gold, reaffirming his title as King of the Middle distance after having only won Long Distance since 2011 (3 of them in fact. In a row). Being there to witness it was quite something - beforehand, when your head is saying he's shown no form at all for it but your heart saying please oh please let him do it. During, as he punches 2 seconds ahead, then 20, then... maybe, just maybe this could be happening. Only a few controls to go now, still a comfortable lead... waiting at the spectator control for the white top to appear through the thick trees... YES, there he is, still up, only 2 to go now... YES! As he comes over the bridge, arms aloft, crowd cheering. Tero, it's been a real privilege.

Things You May Have Missed

Today's TYMHM comes courtesy of Neil Crickmore on Nopesport, who spotted that Egyptian runner Mohamed Rawy had taken an... interesting route to the first control:

Classic 90 degree error, we've all done it - though maybe not down a track out the start. 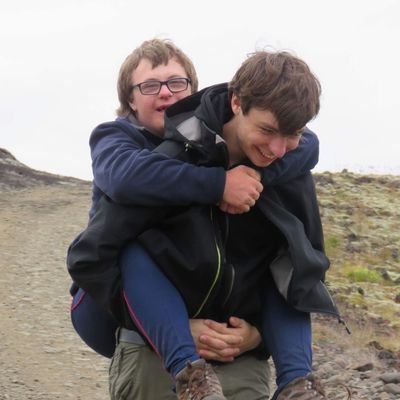